A BREATH OF LAW… COMPARATIVE ADVERTISING 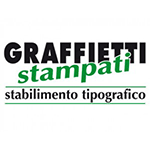 A BREATH OF LAW… COMPARATIVE ADVERTISING

It’s possible, in advertising, place the advertised product in direct comparison with competing products, comparing the characteristics, properties, efficacy, prices. On this issue there was, at the international level, a net difference of legal guidelines, because while in some countries (eg the United States) the comparative advertising is permitted practically no reserves, in others, as most of the European nations, it is instead strictly prohibited or at least, as in Italy, is subject to very strict limits. The same difference of opinion, for that matter, is found among economists and sociologists, some believing that comparative advertising should be encouraged as it helps consumers to consciously direct their purchasing choices, and others denying it on the assumption that causes loss in public, distorts the competitive game and turns the market into a fight with no holds barred. The Italian legal system, to the extent that we will see it was so far reluctant to liberalize the advertising comparison. (By Diritto e Pubblicità – Fusi/Testa)

June 10, 2016 News-en
GROWING THE BOOK, EBOOK DOWN
WHAT THE SIGNATURE IS