SAPPI EUROPEAN PRINTERS OF THE YEAR 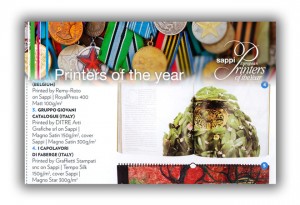 SAPPI EUROPEAN PRINTERS OF THE YEAR

Sappi European Printers of the Year is an initiative with the anniversary of the famous German Sappi Paper Mills directed to recognize the highest levels of printing in Europe and the Middle East. In the 2012 edition is just our catalog “Masterpieces of Fabergé” was to be awarded by the Commission of this competition which has given this product a fourth place among the best works in the world printed on Sappi paper. This event was also published in the journal published by the same Paragraph and Sappi paper that is distributed worldwide. The scratches Publications is obviously proud of this recognition and pleased for all the efforts made until now to get the best print quality. A quality achieved not only thanks to the latest technology on which it has invested in recent years but also the undisputed professionalism of staff.

NOTE: This is an automatic translation 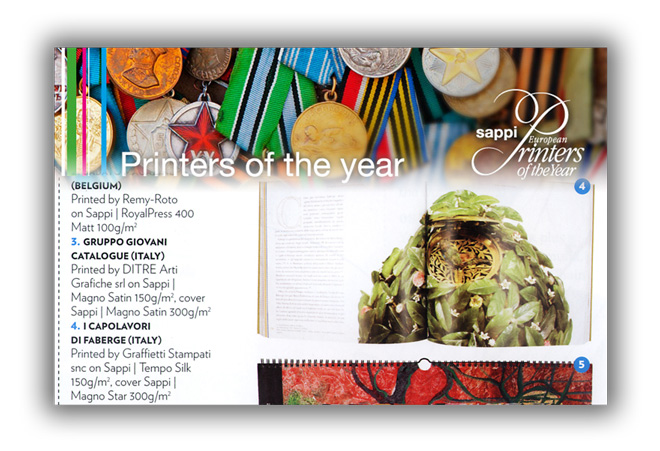